WHERE THE BLOODY HELL ARE YOU FROM? 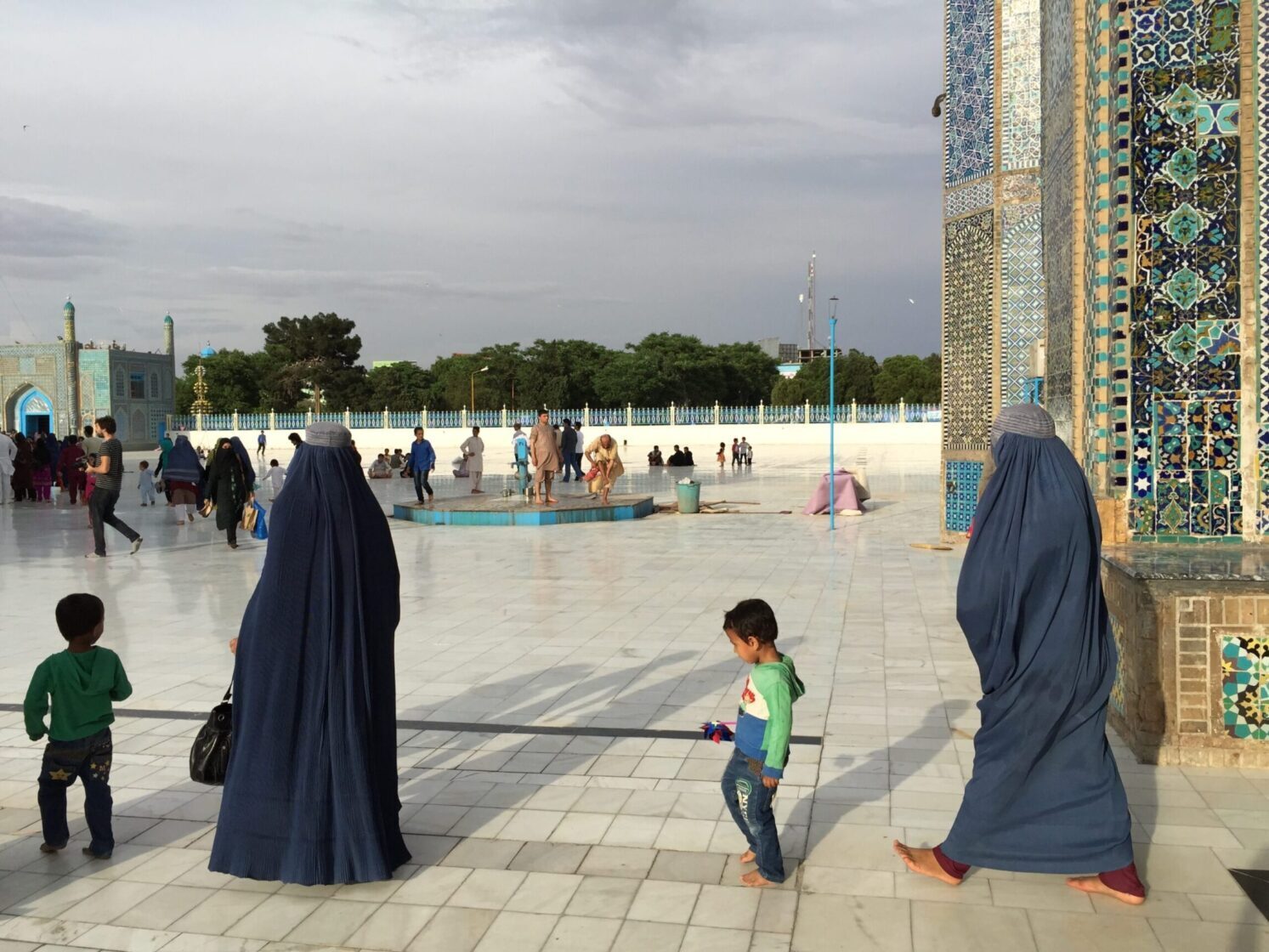 Mazar-i-sharif in northern Afghanistan was the first major city to fall to US-backed forces after the 9-11 attacks in 2001. On 14 August 2021 the city was captured by the Taliban whose forces quickly took over the whole of Afghanistan. (Photo: Antony Loewenstein, 2015)

Around 6,000 humanitarian visas have been granted to Afghan refugees in the 12 months since the end of the US occupation in August 2021. This is from a total of more than 45,000 applications received.

In mid-August 2022, more than 5,500 Afghans had arrived in Australia on temporary humanitarian visas since the Taliban takeover of Afghanistan 12 months earlier, a spokesperson for the Department of Home Affairs told the Guardian.

According to Australian Department of Home Affairs figures on 26 August 2022, since 17 August 2021 there have been 45,802 applications of Afghan nationals totalling 206,074 people with only 24,634 registered and acknowledged so far.

In comparison, in the six months since the Russian invasion of Ukraine in late February this year, Australia has granted around 9,000 humanitarian visas to Ukrainians in Ukraine and hundreds more to Ukrainian nationals in other nations. Nearly 4,400 have accepted the offer and are now in Australia.

Sydney-based, Australia-Hazara lawyer Atika Hussain told Declassified Australia, “The current applications [of Afghans], especially the ones with significant risk of harm and family members of evacuees who currently live in Australia, should be prioritised and accelerated.”

Australia’s first Afghan Muslim woman in parliament, Labor Senator Fatima Payman, said in Parliament in early September that the country must not forgot Afghanistan. She accused the Morrison government of “destroying” the visa processing system with budget cuts, negatively impacting the Home Affairs’ ability to process the massive backlog of applications.

Afghanistan is in economic free-fall, girls are barred from attending high school and the al-Qaeda leader Ayman al-Zawahri was recently killed by a US drone strike in the capital, Kabul. I personally know a number of Afghans stuck in Kabul and the provinces who are unable to find work and barely feeding their families. Starvation is a real risk for millions of Afghans while the US refuses to release US$7 billion in frozen assets that belong to the country.

Many Afghans who were brought to Australia after the Taliban takeover were granted a three-month temporary ‘449 visa’ (which was then extended by one year). This visa gives holders a range of government services.

In the dying days of the Morrison government in late March, it announced an increase of 16,500 places for Afghan nationals to be delivered over the coming four years, leading to a total of 31,500 places for Afghan nationals. This includes the offshore humanitarian program and family stream of the migration program. Afghans stuck in Afghanistan with Australian visas remain in limbo. War crimes by Australian forces in Afghanistan remain unpunished.

Australia has conceded it is struggling to process the large number of Afghan refugee applications it’s received since the Taliban takeover of Afghanistan in August 2021.

Immigration Minister Andrew Giles recently told Sky News that, “this is quite an overwhelming situation, but it’s vital that we not be overwhelmed by our response to it. This year 1100 permanent visas have been issued, and of course, we are working our way through an extraordinary demand for places.”

Some of these Afghan applications are “high-risk” individuals with allegations of torture and abuse by the Taliban. These people are immediate family members of 449 visa holders already evacuated to Australia and currently living in the community. After 20 years of occupying Afghanistan, many argue that Australia has a responsibility to assist the Afghans whose lives were impacted by associating with us.

The Biden administration too is facing criticism after a recent report by the US news organisation Reveal detailed the massive disparity between Afghan and Ukrainian refugee intakes.

It found that since the Taliban took control of Afghanistan, the US government has approved less than two percent of a humanitarian parole program from Afghan applications. In contrast, the US has prioritised Ukrainians since the Russian invasion in February and granted them huge numbers of visas.

“Given the circumstances there should be an increase in [Australia’s] refugee intake from Afghanistan”, lawyer Atika Hussain told Declassified Australia.

ANTONY LOEWENSTEIN is co-editor of DECLASSIFIED AUSTRALIA, and an independent journalist, author and film-maker who has written for the Guardian, New York Times and many others. His books include Disaster Capitalism: Making A Killing Out Of Catastrophe and Pills, Powder and Smoke: Inside The Bloody War On Drugs View all posts by Antony Loewenstein